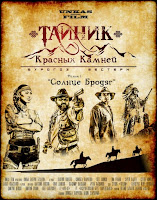 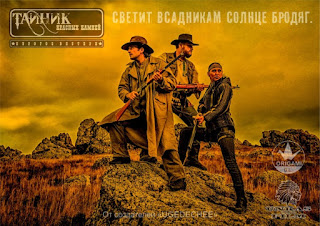 Apocalyptic times. The South-East of Siberia. The movie consists of two stories. The action of the first one takes place on the territory of Gurania, where, according to the legend, there is a mysterious cave hidden in Red Stones. There one can find everything necessary to survive in the new world. Destiny brings together three very different people. Besides them them the hiding place is hunted for by the secret service of Manchurian Emirates and a Bacmach gang. They will all join the deadly battle for the possession of the hiding place.. The second story takes place on the territory of Ara Khalkhi in the village populated by peaceful herdsmen. An armed gang is trying to take control of the village, it is opposed by the leader of the nomads who guard the territory. The object of the attack is a huge resource of fresh water in the land of the herdsmen. Unexpectedly the two stories intersect.