This area is situated at the foot of the Sierra Alhamilla, which due to its arid aspects lends itself well in representing desert environments and, thanks to the presence of palm trees (especially in the area of El Chorrillo), and used by the cinema to recreate settings of oriental films. Among the westerns filmed there: “The Savage Guns” (1962); “Pistols Don’t Argue” (1964); “Texas, Adios” (1966); “Ballad of a Bounty Hunter” (1968); “Vengeance” (1968); “A Train for Durango” (1968). 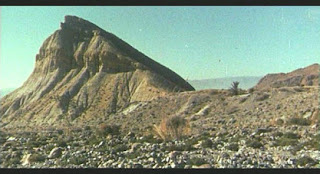