Who Are Those Guys? ~ Bert Conway 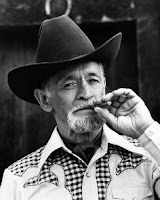 Bertrand ‘Bert’ Leroy Conway was born in Essex, New Jersey on Janaury 24, 1915. He was the son of vaudevillians -- his father was an acrobat and juggler, his mother, a singer and pianist. Conway studied at the Neighborhood Playhouse School in New York. In 1937, then joined the Group Theater as an assistant stage manager and had a walk-on part as a boxing arena employee in Harold Clurman's original 1937 staging of Clifford Odets’ "Golden Boy." Within a year, Conway was playing a lead, as a reform school youth in "Dance Night," staged by Lee Strasburg. After serving in the Army during World War II, Conway headed for Hollywood, where he played minor parts in William Wyler’s “The Best Years of Our Lives” (1946) and Elia Kazan’s “Pinky” (1949), and had small roles in other films. Conway began directing in 1947 at the Actors Lab in Hollywood, and directed the first production "Golden Boy" for the Negro Art Theater in Los Angeles. But in 1950, he was caught up in the Hollywood blacklist era and finding film job offers drying up, Conway returned to New York. After working as an understudy in Arthur Miller’s "Death of a Salesman," during which he got to play Biff Loman "for one glorious week," Conway went on to direct "Hedda Gabler" and "La Ronde" at the Actors Lab. He subsequently directed an off-Broadway revival of "Deep Are the Roots" and made appearances with Joseph Papp’s New York Shakespeare Festival. In addition to road company productions of "The Caine Mutiny Court Martial" and "On a Clear Day", he had small roles in the movies “The 3 Musketeers” (1948), “Little Big Man” (1970), and “The Agreement” (1969) and on TV's ‘St. Elsewhere’ (1982). Conway also worked in local theater productions. With the Los Angeles' Group Repertory, he had roles in Miller's "A Memory of Two Mondays" and in eugene O’Neill’s "Ah, Wilderness!" Conway died in Mission Hills, California on February 7, 2002. He was preceded in death by his wife of 21 years, Aletta, and his brother. He is survived by a son, Robin of Mission Hills, California and two grandchildren.