Who Are Those Guys? ~ Kenneth Cope 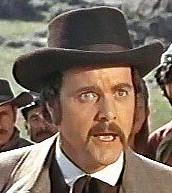 Kenneth Charles Cope was born in Liverpool, England on June 14, 1931. Cope was a familiar face in several iconic 1960s television programs. He first appeared as the fondly remembered 'Sonny Jim' – Jed Stone - in ‘Coronatio Street' His popularity in the role of the street trader was such that he was invited to become member of Belfast branch of National Market Traders Federation in1963.

After this Cope turned to his writing talents, penning several episodes of the Leonard Swindley spin-oof ‘Turn Out the Lights’ with Peter Eckersley. He later appeared - and is best remembered - for the series ‘Randall and Hopkirk (Deceased)’, in which he played the latter titular-role. He also contributed to the seminal satirical series ‘That Was the Week That Was’.

As well as being an actor Kenneth has worked as a DJ for Radio Luxembourg and recorded a record, 'Hands off. Stop mucking about', with Tony Hatch.

Kenneth met his wife Renny Lister when she appeared alongside him in ‘Coronation Street’ as Jean Stark. Their children include the actress Martha Cope.

With ‘Coronation Street’ being his last contribution to television, Kenneth currently resides in Southport and writes a column for the weekly Visitor newspaper.