An appreciation of Luciano Vincenzoni 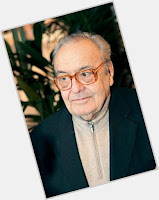 Luciano contributed to about 70 films, chiefly as a scriptwriter or script doctor. His humorous touch could be found in films like “Seduced and Abandoned,” which he made with Pietro Germi in 1964, and the “The Best of Enemies,” which producer De Laurentiis, released in the United States in 1962.

But to the general public Vincenzoni was most associated with “For a Few Dollars More” and “The Good, the Bad and the Ugly,” two hugely successful Italian-made westerns directed by Sergio Leone that are now recognized as classics. 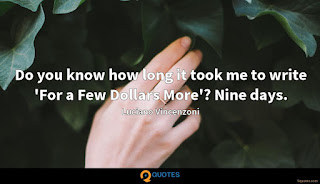 “I have written movies that have won prizes at Cannes and Venice,” he told Sir Christopher Frayling, a cultural historian and Leone biographer. “These were screenplays for which we suffered on paper for months. Do you know how long it took me to write “For a Few Dollars More’? Nine days.

The spaghetti western craze began with Leone’s film “A Fistful of Dollars,” which gave viewers a morally murky landscape and a taciturn “Man With No Name” character played by Clint Eastwood. Released in Italy in 1964 and in the United States in early 1967, the movie revitalized the western genre.

Vincenzoni wrote the screenplay with Leone for the follow up, “For a Few Dollars More,” imbuing it with humor and irony that the first film lacked. Eastwood even smiled.

Vincenzoni was also a canny businessman. In his book Sergio Leone: Something To Do With Death, Frayling relates an encounter between Luciano and Hollywood executives from United Artists who had come to Italy to see “For a Few Dollars More” which was breaking box-office records. They bought the overseas rights and also wanted to know about the next film in the series.

With the “tacit agreement” of his Italian partners. Vicenzoni told the author, “I began to invent things,” spinning out the idea for a movie on the fly, describing what would become “The Good, the Bad and the Ugly.”

A US executive asked what it would cost, and Vicenzoni responed “$1 million.”

“The Good, the Bad and the Ugly,” which starred Eastwood, Lee Van Cleef, and a magnificently bumbling Eli Wallach, reached the United States in late 1967.

British film critic Raymond Durgnat called the trilogy “the code of the West as it might have been interpreted by Machiavelli.”

The films, far from being cheap entertainment, “changed the way we look at the West,” said Jeffrey Richardson, the curator for Western history, popular culture and firearms at the Autry National Center in Los Angeles. Between the vision of Leone, the acting of Eastwood, the music of Ennio Morricone, and the writing of Vincenzoni, Richardson said, “The package that these four contributors were able to put together radically transformed the genre” and in the 1960s “signified where America was at the time.”

Some took a less exalted view. In the New York Times, critic Renata Adler called the third film “The Burn, the Gouge and the Mangle,” writing that it “must be the most expensive, pious, and repellent movie in the history of this particular genre.” 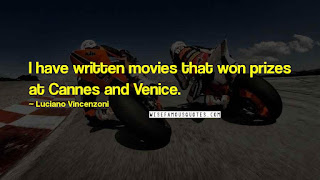 To the end of his days, Luciano seemed mystified that his more serious work, like “The Great War,” would not seal his reputation, along with his friendship and collaboration with major figures like William Wilder. He and Wilder worked together on the 1972 comdedy “Avanti!” with Jack Lemmon and Juliet Mills.

“He never rated his work on Leone’s westerns as highly as everyone else,” Frayling said of Vicenzoni. “He thought it was slightly odd that the one thing everybody wanted to talk to him about was cowboy films.”

Vincenzoni was able to take more pride in the westerns in his later years, but by then his relationship with Leone had soured. They had fought over issues of money and credit. But, “he regretted not making his peace with Leone before he died,” Frayling said.

“The last time I saw him, he actually cried,” he said, adding that Vincenzoni had told him, “I just wish I had shaken Leone’s hand before he died, because there was bad blood between us – we both behaved like idiots.”

He concluded, “As the more cultured man, I should have known better.”