Voices of the Spaghetti Western ~ “Ballad of Death Valley” 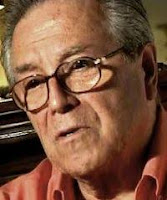 Arsenio Corsellas was born in Figueres, Girona, Spain on September 17, 1933. He began working at Radio Juventud de Barcelona in the 1950s and later went on to RNE. As a public broadcaster he had his first contact with the interpretation of the program Invisible Theater. Soon he would begin his career in the world of dubbing in which in addition to acting he has also been a director.

The actor was also one of the first actors when TV3 began its broadcasts, and that was when its dubbing of actor Larry Hagman became popular in the role of JR in the television series Dallas. Corsellas also acted in a couple of films: Self Love by Mario Camus in 1994 and The Best Thing That Can Happen to a Croissant by Paco Mir in 2003.