Who Are Those Composers? John Scott 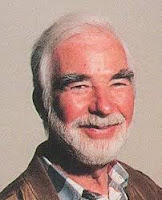 Patrick John O'Hara Scott was born in Bishopston, Bristol, England on November 1, 1930. He is an English arranger, composer, conductor and performer. As a young man Scott was a highly respected flautist and arranger with bands such as those of Heath, Ambrose and Herman. For a while he played on several soundtracks by Barry, including some early films in the ‘James Bond’ series. He accompanied many leading singers on commercial recordings, including Matt Monro, Tom Jones and Shirley Bassey. Much in demand as a session player, he worked with Mancini on several film scores and the experience persuaded him to concentrate on composing for the cinema. An operation on his jaw in 1971 ended his playing career.

Scott’s first feature, “A Study in Terror” (1965), led to numerous commissions, including “Antony and Cleopatra” (1972), “England Made Me” (1973) and “Greystoke” (1984), and in the early 1980s he embarked upon a long series of Jacques Cousteau documentaries. He also contributed many short pieces to publishers’ mood music libraries, and several became well known as signature tunes, for example those of the television programs ‘Tonight’ and ‘Nationwide’. His style seemed ideally suited to nature programs, and was used by the BBC for ‘The World About Us’ and in Anglia Television’s ‘Survival’. Scott’s music for television has won him two Emmy awards....