In the 1973 “A Man Called Noon” a small railroad depot is seen where the protagonists Richard Crenna boards a train. This station was seen in several Euro-westerns incluigin “For a Few Dollars More” where Colonel Mortimer exits the train at Tucumcari. It’s also seen in “The Good, the Bad and the Ugly” across the tracks from the water tower at Cattle Station in the beginning of the film. 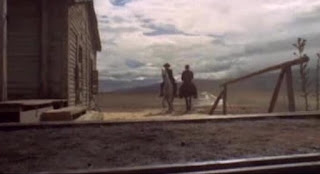 The station was located off a spur line of the Guadix railway in Llanos de la Calahorra, Spain.

As you can see in the photo below taken in 2020, there is nothing left of the station or the railroad tracks ans ties just the railbed. 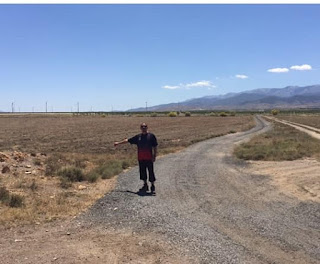