In May 1976 Richard Boone told an interviewer, "I'm starring in the worst picture ever made. The producer is an Israeli and the director is Italian, and they don't speak. Fortunately, it doesn't matter, because the director is deaf in both ears." Boone’s voice was dubbed. He already had health problems, and after a drunken argument he walked off the set and left the location before he had recorded all his dialog. 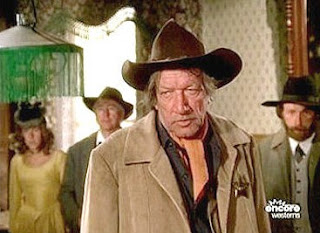