Today we’ll cover “On the Third Day Arrived the Crow” 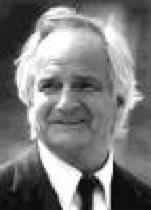 Franz Rudnick was born in Hamburg, Germany on October 13, 1931. He attended the drama school of the German Theater in Berlin and studied under Agnes Windeck and Gerda Miller. He made his debut at the theater in Halberstadt. He then went on the road appearing in Schwerin, Dresden, Magdeburg, and Berlin. From there he went to the Deutsche Schauspielhaus in Hamburg in 1972 and then moved to the Münchner Kammerspiele in 1977.

As a voice actor, he has voiced many well-known actors, including James Cromwell, Christopher Plummer and Martin Landau. His best-known dubbing role is Gunnery Sergeant Hartman in “Full Metal Jacket”.