The adventures of Apache chief Winnetou are seen as a cultural asset in Germany. So for the makers of a brand new "Winnetou" film, which is due to be released in spring 2022, it was likely that the reactions would be violent.

Without Karl May, the German cultural landscape would probably have had two of its most famous heroes: Winnetou and Old Shatterhand have delighted entire generations. Eleven films were made between 1962 and 1968 with the Frenchman Pierre Brice in the role of chief. Annual live performances followed in Bad Segeberg and Elspe, a late sequel for ZDF, a new trilogy for RTL - and now a children's film.

Of course, the old "Winnetou" films also appealed to small children, but in themselves they were Heimatfilm westerns for the whole family. The brand new film “The Young Chief Winnetou”. on the other hand, it is aimed directly at a very young audience. It is not for nothing that the trailer advertises that Mike Marzuk, the director of the “Five Friends” films, is responsible for Winnetou's excursion into childhood. 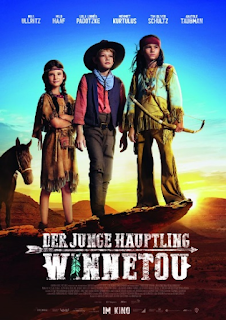 If you look at the comments under the trailer on YouTube, the reactions are not very optimistic. One user wrote quite succinctly: "I prefer to stick with the original." Another user is already clearly criticizing: "Unfortunately, nothing more than another exploitation of such a famous name ..." Other commentators feel reminded of "The Shoe of Manitu” and point out that Pierre Brice criticized the film sharply at the time.

A commentator meanwhile harshly criticizes the cast of the film: "In addition, the whole thing is like a cute children's film with a few harmless 'cowboy and Indian' clichés, but in many ways, it is ideological and totally problematic. Complete 'whitewashing' during the casting, All American natives are played by whites and in their portrayal they only use racist clichés, including the historical revisionist romanticization of colonization and the associated genocide, because of course the 'Indian' boy befriends a white man and together they defeat the real villains! "Such criticism of the political correctness of the Karl May fabris has come up more and more frequently in recent years.

In the film, Mika Ullritz will be seen as the twelve-year-old chief's son Winnetou, who already sees himself as a great warrior, but is always thwarted by his father Intschu-tschuna (Mehmet Kurtulus). When the absence of the buffalo threatens his Apache people, little Winnetou sets out with his sister Nscho-chi (Lola Linnéa Padotzke) and the orphan boy Tom (Milo Haaf) to prove himself. The theatrical release of "The Young Chief Winnetou" is scheduled for February 24, 2022. The book on the film is to be published by Ravensburger Verlag in September 2021.