Who Are Those Composers? ~ Jimmy Webb 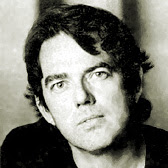 Jimmy Layne Webb is an Oklahoma native, born in Elk City on August 15, 1946. He is one of America’s most popular composers, Jimmy Webb has penned numerous hits including “Galveston,” “The Highwayman,” “By the Time I Get to Phoenix,” “Wichita Lineman,” “Up, Up and Away,” “Didn’t We,” and “McArthur Park.” He was the first artist ever to receive Grammy awards for music, lyrics, and orchestration, and he is a member of the National Academy of Popular Music Songwriter’s Hall of Fame and the Nashville Songwriter’s Hall of Fame.

Webb began his film-scoring career in 1968 when he wrote the title song and a mid-summer hit “Montage” for the James Garner-Debbie Reynolds comedy How Sweet It Is! He also composed the theme music for the 1989 U.S. Olympic Festival in central Oklahoma and was recognized as Oklahoma’s Ambassador of Goodwill in 1979. He was inducted onto the board of directors for The Songwriters’ Hall of Fame in early 2000 and also serves on the board for ASCAP.