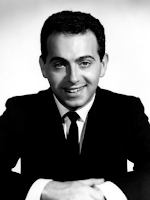 Funnyman Jackie Mason has died. At one point he was trying to mount a comedy western called “A Man Called Rio”.

Mason was born on June 9, 1928 in Sheboygan, Wisconsin, USA as Jacob Moshe Maza. He was a popular performer of stage and TV. With numerous TV appearances the rising Mr. Mason set out to try his hand on the big screen

Mason and his business partner Leon Charney formed Jama Productions in 1969. Charney was a producer and later appeared in “Carlos” (1971) with Thomas Hunter and Horst Frank. The pair quickly started searching for suitable movie projects for the round-faced actor. One of the two scripts they choose was a comedy 'western' called "Rio", written by one Willy Gilbert. Presumably he was either fellow TV actor Billy Gilbert, or Willie Gilbert, who scripted “How to Succeed in Business Without Really Trying”. The other script was a prison comedy entitled “The Turnkey” written by Chuck Brown.

During this period a number of other funnymen were trying to make their own comedy-adventure pics. UK actors Peter Ustinov and Peter Sellers both had the idea to make either own, but separate, Mexican-inspired movies. Ustinov made the humorous “Viva Max” (December 1969), that actually shot some of its scenes at Cinecitta Studios in Rome. This film may have given Mason the thought of proceeding with trying to get “Rio” made. Sellers on the other hand signed on with American born-UK based producer Josef Shaftel to make the unfunny sounding “The Life & Death Of Pancho Villa” in 1973. Shaftel's follow-up to the previous year's soon to be box office failure “The Assassination of Trotsky” (1972).

While the Mason & Charney's project “Rio” had been sitting in development for two years, the comedian guested on different variety-sketch shows. Then in July of 1971 the pair managed to interest fledgling producers Al Schwartz and Bob Siegler in taking a chance on their "western" script. Writer Willy Gilbert was still attached as scripter. Now called “A Man Called Rio”, the foursome announced that they were going to shoot it in Italy, not realizing that most of these types of films were actually made in Spain. Then nothing. One wonders, did the group actually travel to Europe and check out Roman film space for their film?

Writer-producer Schwartz, the younger brother of TV maverick Sherwood Schwartz, had scripted episodes of the popular sitcom ‘Gilligan's Island’. He would later reunite with comical Bob Denver on the short-lived ‘Dusty's Trail’ (1973), a western comedy that co-starred Forrest Tucker. Siegler appears to have had no industry track record. When Schwartz & Siegler found no interest in “A Man Called Rio” the film went unmade.

Instead, Mason, debuted in “The Stoolie” (November, 1972), the future Rocky helmer, John G. Avildsen prison comedy, that had started life as “Roger of Miami Beach” (September 1971). American audiences finally got to see the "Rio" company shingle: Jama, projected on the big screen. This film's setting, a prison, sounds a lot like the pair's other unmade comedy “The Turnkey”, but with different writers.

It's a shame that Mason never returned to “Rio” and make his western. 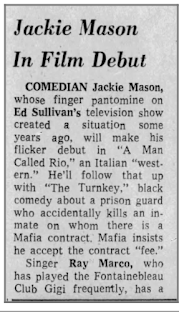 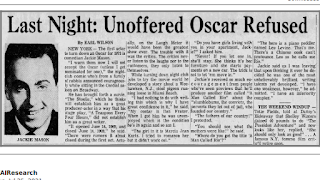