The "Robert Woods International Film Award" is born in Corigliano-Rossano

The "Robert Woods International Film Award" was created by the will of Renato Pagliuso, multifaceted film professional: director, screenwriter and producer. The award is recognized by the Ministry of Culture and promoted by the ESTERNO GIORNO Association, of which Pagliuso himself is president.

Robert Woods is a famous and well-known actor in our country and in the world for being linked to the great season of the "spaghetti western", a phenomenon that he loved on all continents and which has had many great exponents such as Sergio Leone and Clint Eastwood. Robert Woods has also linked his name to other famous films working with the best of Hollywood, such as Henry Fonda, and for a long time.

"Robert Woods is an actor and an extraordinary man who I had the privilege of directing in" Racconto Calabrese "in 2015. He loves Italy very much and in particular Calabria - says Renato Pagliuso - the Award was born from the common desire to want enhance our territory with guests and award-winners who are part of and who have been part of the world of cinema and entertainment ».

Renato Pagliuso has very clear ideas, who will take care of the artistic direction of the award. His intention is to take it to the highest levels by involving both institutions and the world of audiovisual production, underlining how cinema is a priceless heritage that should not be neglected in its creation process because it encompasses many forms of art and many expressive languages: writing, acting, costumes, set design, etc.

The event took place on August 23 at the Torre Sant'Angelo in Corigliano-Rossano. In the evening, Robert Woods himself will be online from Hollywood where he lives.

Two short films by the Calabrian director shot entirely in the historic center of Rossano will be presented: Malena 2021 and La Solitudine del Regista. The two shorts are currently in the finals in various international festivals. Entertainment, guests and surprises during the evening where the splendid tower overlooking the sea will be the setting. All in the name of Maestro Fellini's phrase: "I don't want to prove anything, I just want to show!" 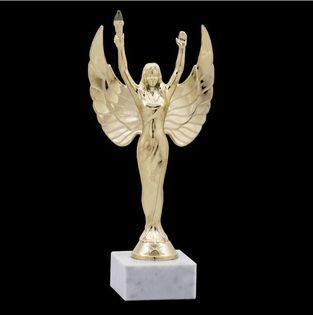