As we’re nearing September, we will be talking more about the new series currently in production or soon to air, and today we’re treating you with the first photos from the ten-part period set series which is currently shooting in Romania with Matthias Schoenats in the lead as DJANGO! The series set in the 19th century will be one of the most expensive ones this season. 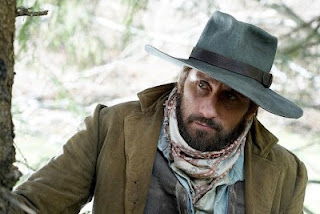 [Matthias Schoenaerts takes the title role in the new series.]

Noomi Rapace will play Elizabeth, a powerful and merciless enemy of John Ellis (Nicholas Pinnock). Along with his fiancé Sarah, John Ellis is the founder of New Babylon, a city of outcasts which welcomes everyone from any background, race or cred. Lisa Vacari will play Sarah, who is also Django’s lost daughter. 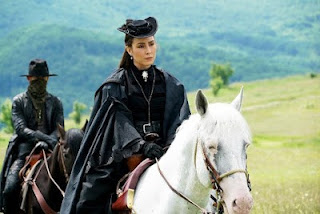 [Noomi Rapace is powerful lady Elizabeth in the new series.] 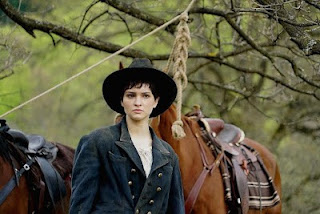 Tom Austen will also star next to Jyuddah Jaymes, Eric Kole and Benny Opoku Arthur, who will play John Ellis’ three sons! Django finally finds Sarah in New Babylon after the rest of his family was slaughtered eight years earlier. Gaining John Ellis’ hostility, he insists he must stay, arguing the city is in danger. Sarah fears, however, that his very presence in itself puts New Babylon in jeopardy. The series will air on Sky's channels in Europe and on Canal + in France, Switzerland, Benelux. 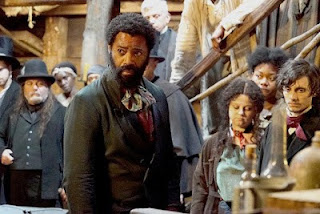 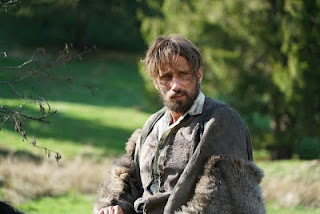 The series will air in ten hourlong episodes.
Posted by Tom B. at 5:54 AM