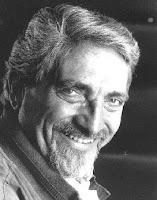 Dario Penne was born in Trieste, Friuli Venezia Giulia Penne was an actor and voice dubber. One of the roles he is best known for is Bender Bending Rodríguez in the Italian-Language version of Futurama. He also dubbed Emmett "Doc" Brown in Back to the Future Part II and Back to the Future Part III, replacing Ferruccio Amendola. Among the most popular actors he dubs includes Michael Caine, Anthony Hopkins, Christopher Lloyd, Tommy Lee Jones and Ben Kingsley.[2]

His most other popular dubbing roles include Agent K in the Men in Black movies, Judge Doom in Who Framed Roger Rabbit, Alfred Pennyworth in the Dark Knight trilogy films and Sentinel Prime in Transformers: Dark of the Moon.