We continue our search for filming locations of “Run, Man, Run”. Cuchillo leaves the cantina after the duel and starts to run down the street when he’s ordered to stop by a soldier. When he stops, he tells the soldier he’s not running and starts to run away again. This time he turns a corner and is stopped by two more soldiers.

The street scene was filmed in Polopos, Spain. 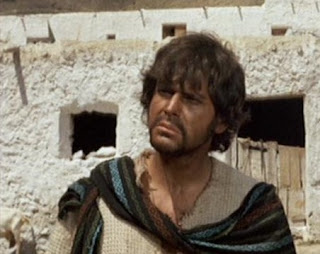