Who Are Those Guys? ~ Joseph Cotten 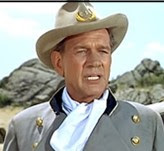 Joseph Cheshire Cotten was born in Petersburg, Virginia on May 25, 1905, the son of Sallie Bartlett and Joseph Cheshire Cotten, Sr., who was an assistant postmaster. Cotten worked as an advertising agent after attending the Washington, D.C., Hickman School of Speech and Expression, where he studied acting. His work as a theatre critic inspired him to become more involved in theatre productions, first in Virginia, and later in New York. Cotten made his Broadway debut in 1930, and soon befriended Orson Welles. Cotten achieved prominence on Broadway, starring in the original productions of The Philadelphia Story and Sabrina Fair. He is associated with Orson Welles, leading to appearances in Citizen Kane, The Magnificent Ambersons, Journey into Fear, for which Cotten was also credited with the screenplay, and The Third Man. He was a star in his own right with films such as Shadow of a Doubt, Love Letters and Portrait of Jennie. In 1937, he joined Welles’ Mercury Theatre Company, starring in productions of Julius Caesar, Shoemaker’s Holiday and War of the Worlds.

Cotten made his film debut in the Welles-directed short Too Much Johnson, a comedy based on William Gillette’s 1890 play. The short was occasionally screened before or after Mercury productions, but never received an official release. Before acting in this film, Cotten got into good physical shape by working out at the Waple Studio of Physical Culture in Alexandria, Virginia. Cotten returned to Broadway in 1939, starring as C.K. Dexter Haven in the original production of Philip Barry’s The Philadelphia Story as well as the 1953 production of Sabrina Fair.

Cotten returned to Broadway in 1939, creating the role of C. K. Dexter Haven opposite Katharine Hepburn's Tracy Lord in the original production of Philip Barry's The Philadelphia Story. The play ran for a year at the Shubert Theatre, and in the months before its extensive national tour a film version was to be made by MGM. Cotten went to Hollywood, but discovered there that his stage success in The Philadelphia Story translated to, in the words of his agent Leland Hayward, "spending a solid year creating the Cary Grant role." Hayward suggested that they call Cotten's good pal, Orson Welles. "He's been making big waves out here," Hayward said. "Maybe nobody in Hollywood ever heard of the Shubert Theatre in New York, but everybody certainly knows about the Mercury Theatre in New York."

The characters that Cotten played onscreen during the 1940s and 50s ranged from a serial killer in Hitchcock's Shadow of a Doubt (1943, opposite Teresa Wright) to an eager police detective in Gaslight (1944, with Ingrid Bergman, Charles Boyer, and Angela Lansbury in her film debut). Cotten starred with Jennifer Jones in four films: the wartime domestic drama Since You Went Away (1944), the romantic drama Love Letters (1945), the western Duel in the Sun (1946), and the critically acclaimed Portrait of Jennie (1948), in which he played a melancholy artist who becomes obsessed with a girl who may have died many years ago. He reunited with Hitchcock at the end of the decade in Under Capricorn (1949) as an Australian land-owner with a shady past.

Exhibitors voted him the 17th most popular star in the US in 1945.

Cotten's career cooled in the 1950s with a string of less high-profile roles in films such as the dark Civil War Two Flags West (1950), the Joan Fontaine romance September Affair (also 1950), and the Marilyn Monroe vehicle Niagara (1953), after James Mason turned down the role. His last theatrical releases in the '50s were mostly film-noir and unsuccessful character studies. In 1956, Cotten left film for years for a string of successful television ventures, such as the NBC series On Trial (renamed at mid-season The Joseph Cotten Show).

In 1960, he married British actress Patricia Medina after his first wife, Lenore Kipp, died of leukemia earlier in the year. After some time away from film, Cotten returned in the horror classic Hush… Hush, Sweet Charlotte (1964), with Bette Davis, Olivia de Havilland, and Agnes Moorehead. The rest of the decade found Cotten in a number of European and Japanese productions, B-movies and made for television movies. He made multiple guest appearances on The Ed Sullivan Show. In 1967, he joined Karl Swenson, Pat Conway, and Dick Foran in the nostalgic western dramatic film Brighty of the Grand Canyon, about a burro who lived in the Grand Canyon of the Colorado River from about 1892-1922. On television, he narrated David L. Wolper's documentary Hollywood and the Stars (1963–64). In 1968 he made a guest appearance in a two-part episode of the series Ironside("Split Second to an Epitaph", 1968).

In the early 1970s, Cotten followed a supporting role in Tora! Tora! Tora! (1970) with several horror features: The Abominable Dr. Phibes (1971), with Vincent Price, and Soylent Green (1973), the last film featuring Edward G. Robinson. Later in the decade, Cotten was in several all-star disaster films, including Airport '77 (1977) with James Stewart and again with Olivia de Havilland, and the nuclear thriller Twilight's Last Gleaming (1977). On television, he did a guest spot on The Rockford Files ("This Case Is Closed", 1974).

One of Cotten's last films was Heaven's Gate (1980), critically mauled in the United States. Around the same time, he appeared in two episodes of a twist-in-the-tale episode of the British TV series, Tales of the Unexpected, with Wendy Hiller (1979), and Gloria Grahame (1980). He also appeared in three horror films, The Hearse, Delusion (also known as The House Where Death Lives), and The Survivor. The 75-year-old actor retired with his wife to their home in Los Angeles, California. In 1987, Cotten published a popular autobiography, Vanity Will Get You Somewhere.

Joseph Cotten died on February 6, 1994, of pneumonia, a complication of throat cancer at the age of 88. He was buried at Blandford Cemetery in Petersburg, Virginia.