We continue our search for filming locations of “Run, Man, Run”. The scene changes to Cuchillo attending a cockfight and trying to steal money bet on the match. He sees Sheriff Cassidy enter the cantina and suspects he is following him. In the meantime, at another table sits Steve Wilkins (Rick Boyd). Wilkins stands and bets 1000 pesos that someone in the room will not leave the cantina alive. The cockfight promoter suddenly switches to a human match and starts to take bets. Cuchillo steals a coin from the table and places a bet on Cassidy. The promoter tells Cassidy and Wilkins to put their guns on the table as duels are not allowed in Mexico under President Diaz. They both lay their guns on the table in front of them The promoter counts to 10. As the countdown begins, Cuchillo sees one of Wilkins’ henchmen standing at the bar next to Cassidy begin to draw his pistol in order to shoot the American sheriff. Cuchillo throws a knife cutting the strings to the mirror and it crashes to the floor. Cassidy draws and shoots the assassin and the shoots Wilkins who has drawn his gun and is about to shoot. As Wilkins lays dying Cassidy approaches and tells him he wasn’t in town looking for him as he was no longer sheriff, but had a bigger job worth more than the 1,000 pesos on the outlaw's head. Cuchillo collects his winnings and returns the borrowed coin to the table while leaving the cantina. 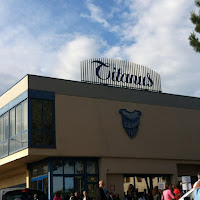