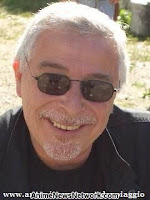 Italian voice actor and director Giorgio Lopez died in Rome on August 10, 2021. He was 73. Giorgio Lopez, was actor Massimo Lopez older brother, has died. He was 74 born in Naples on February 16, 1947, he had voiced, among others, Danny DeVito  and  Dustin Hoffman. Like many voice actors, Giorgio Lopez was first of all a great actor. After graduating in Literature at the Sapienza University of Rome, in 1974, he entered the Silvio D'Amico National Academy of Dramatic Art where he obtained his diploma. His theatrical activity began in early 1969 and continued until 2016. He then landed in directing in recent years. A career that has seen him compete with authors such as Shakespeare and Beckett, passing through Totò and dialect theater. In 2009, he won the Leggio d'oro award for directing the dubbing of the film “Houdini - The Last Magician” and in 2015 he was awarded the Lifetime Achievement Award at the Festival of Acting Voices. Giorgio was the voice of Ennio Girolami in 1994’s “Jonathan of the Bears”.
Posted by Tom B. at 7:08 AM