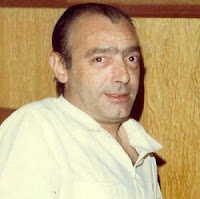 Ängel María Baltanás was born in San Sebastián, Spain on November 18, 1929. He started professionally on Radio San Sebastian and later developed his entire career in dubbing in Madrid.

Ängel married another great dubbing actress; Pilar Gentil and his brother Jose Luis Baltanás also had a long career in Madrid as a dubbing actor and advertising announcer.

Sadly, Angel Baltanás died young. It was the second Spanish voice of Paul Newman, to which the great Rogelio Hernández was commonly doubled in Spanish.

His was also the always imposing Vittorio Gassman. For posterity is his masterful dubbing James Cagney in the classic ′′ One, Two, Three ". One of the best films in film history with an absolutely cool dubbing.