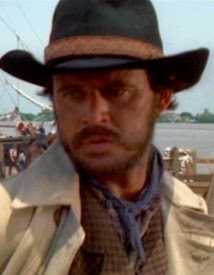 Actor Geoffrey Lewis, who appeared in several Clint Eastwood movies and made guest appearances on dozens of TV shows in the 1960s through 1980s, died Tuesday April 7, 2015 in Woodland Hills, California of cardiac arrest. He was 79. He was born Geoffrey Bond Lewis was born on July 31, 1935 in San Diego, California, the character actor, who often appeared in Westerns, was the father of actress Juliette Lewis. Lewis appeared in three Euro-westerns: My Name is Nobody (1972) with Terence Hill, Silver Saddle (1977) with Giuliana Gemma and 2002’s Renegade.
Posted by Tom B. at 12:08 PM