Integrating of the mythical books on the European Western!

At a time when it was still difficult to see films Cinema Bis by Alain Petit undertook the first study of the European western genre. In the model of a fanzine, in 5 books, this study consisted of a critical analysis, especially on the themes and actors, as well as a long filmography. Of course, since then, other books on the gender have been published, more or less admitting paternity with these fanzines. This book is published, in professional form, and how integrates comics and fanzines, for those who have the time – search online and see how rare the few items are for sale on the internet and are usually quickly snapped up.

In 1964 with A Fistful of Dollars Sergio Leone launches the new wave of the European Western. The success is such that more than 700 films will be produced, made by such directors as Corbucci, Sollima, Valerii, Castellari ... In order to stand out from classic American models, Italians find in their mythology, and in the legacy of the baroque and opera . The action is omnipresent, visual violence, filthy characters, exemplary music ...

The first serious study in French dedicated to the discovery of a genre so reviled by critics, "20 Years of Western European" had, in its time, no publisher was interested.

Embellished by professional impressions, "20 years of Western European" is now available to all fans of the genre which, we know, are now legion. 330 pages, Pages in Black and White,  hardcover, with numerous photographs

Alain Petit was born in December 1944.

He created in 1970 his first fanzine, "The Mask of Medusa," an experience that goes in depth to change the course of his life.

He contributed to numerous magazines such as "Horizons of Fantasy", "L'Ecran Fantastique", "Mad Movies" and became one of the founding members of the Collective Cinema Bis.

In 1980, he created the Editions of the Medusa, and with the help of Roland Pourquery, published "20 Years of Western European".

In 1994 he published "Manacoa Files" six volumes constituting his second fan book with a draw just as confidential.

He has just finished writing a monumental study dedicated to the work of Jess Franco ("Jess Franco and the prosperity of Bis') with a balance of passion and friendship of forty years, which will be released in a forthcoming book by Artus Editions.

This publication will allow you to have the 5 original notebooks: "20 years of European Western."

The original fanzines were photocopies. Obviously, this was designed with the means at hand. But that's a shame because the photos of the model of Alain Petit were real pictures on photo paper, then and photocopying, alas, could not make this look professional.

The objective of undertaking this reissue is to make available this set of notebooks, which are considered the first study in French on the gender, in conditions of optimum quality. It is not a mere facsimile. The pages of this book will be beautiful glossy paper, which will reproduce the best picture quality. Of course, the book begins with an introduction by the author, explaining the genesis and the approach of the project. 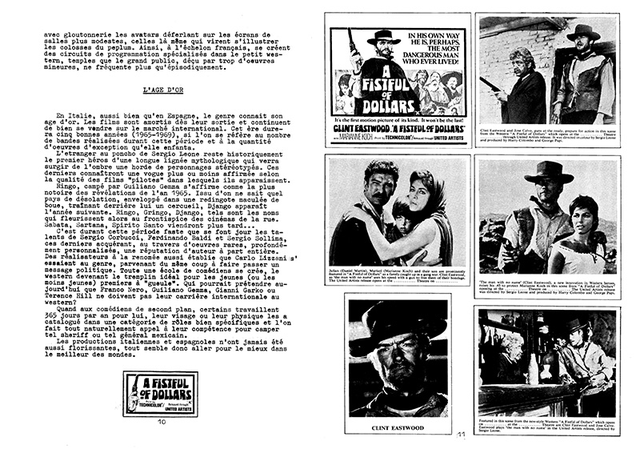 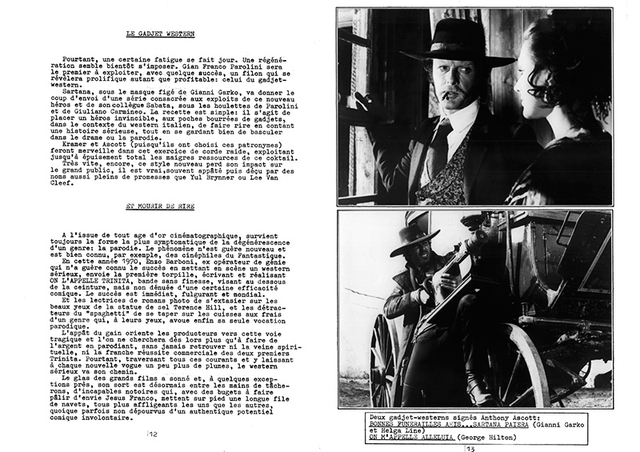 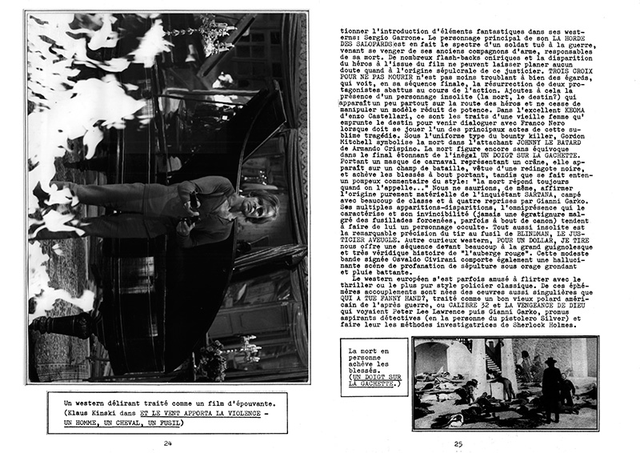 About counterparties
Artus Films being primarily a film editor and has edited, to date, 10 European westerns, we propose to acquire 3, 5, or 10 DVDs, contributing to the realization of this project.

Each DVD offers an Italian Western, in its original format (often in Cinemascope), color, in French or original version with French subtitles, accompanied by one or more exclusive extras to go further in the knowledge of these films. Feel free to visit our website for more information.
http://www.artusfilms.com/

Also, you can see all the trailers of these westerns here: