We continue our search for locations for “A Few Dollars for Django”. Bransbury arouses the townsmen and when Regan returns to his office a mob is waiting for him. After the sheriff shoots and kills three attempted assassins the mob captures him and Bransbury leads a lynch party. Hanging from a rope in the center of town Smitty comes to the rescue and shoots the rope and rescues Regan. The mayor and the judge show up with a letter from Denver saying that Regan represents the Denver Mining Co. and he has been elected sheriff by the mayor and the judge under Montana law. Regan arrests Bransbury for threatening an officer of the law. 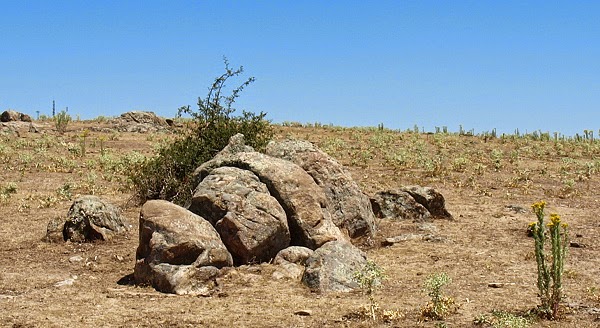 The scene takes place in the town set that was located at Colmenar Viejo which is empty of any buildings today and only fragments of foundations and brick walls remain hidden in the rocks, briar patches and thistles. 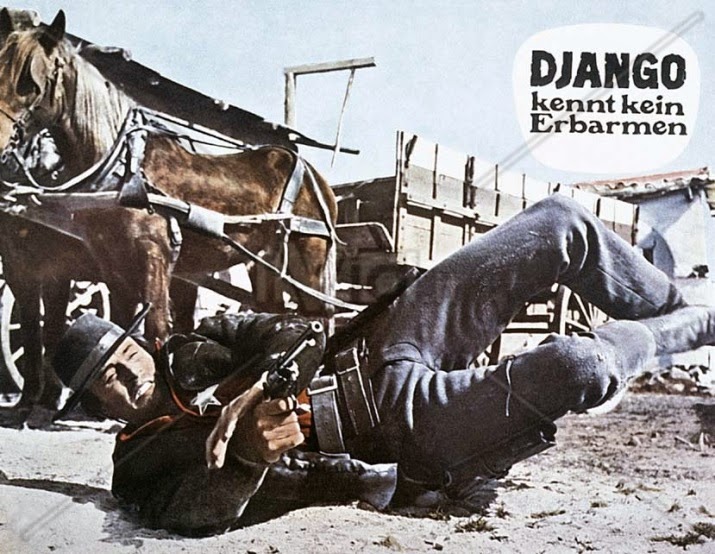