Who Are Those Guys? - Charles Borromel 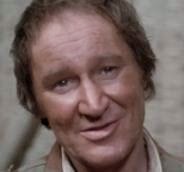 Charles Borromel was born in Scotland sometime in the 1930s. Although he’s appeared in over 40 films from “Giuseppe venduto dai fratelli” (The Story of Joseph and His Brethren) in 1960 to “La putain du roi” (The King’s Whore” in 1990 little about the man is known. He’s been credited under the aliases Charles Bromey and Charles Borromeo. He’s known for his appearances in such films as “Ladyhawke” (1985), “The Blade Master” (1984) and “Absurd” (1981). Among his films were appearances in three Euo-westerns listed below.