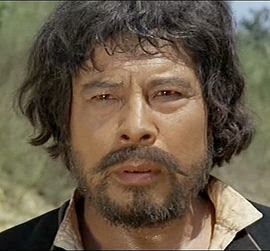 Chinese actor and Euro-western regular George Wang died on March 27th in Taipei, Taiwan, China. He was 96. Wang’s film career began in China in 1938 and after venturing to Italy in 1959 to appear in the film “The Great Wall” which was later renamed “Last Train to Shanghai”. After filming was completed he chose to stay in Italy where motion picture filming was thriving, and participated in “The Mongols” (1961), "55 Days at Peking” (1963) and eventually appeared in nearly fifty films. Now billed as George Wang he was almost the only active Oriental film actor in Europe, and became very influential in the Italian film industry, even contributing to the cooperation with Shaw Brothers Pictures. During his stay in Italy he became one of the Euro-western genre’s premiere villains and appeared in over a dozen Euro-westerns including “A Taste of Killing” (1966) with Craig Hill, “Blood and Guns” (aka “Tepepa”) (1968) with Tomas Milian, “Have a Nice Funeral” (1970) with Gianni Garko, “Shanghai Joe” (1973) with Chen Lee and “A Colt in the Hands of the Devil” (1973). Returning to China in 1976 he continued acting and starteded his own production company, Wang Film Company. He was married to actress Luo Yang His and his son is Tao Wang [1945- ], who is also an actor.
Posted by Tom B. at 9:09 AM