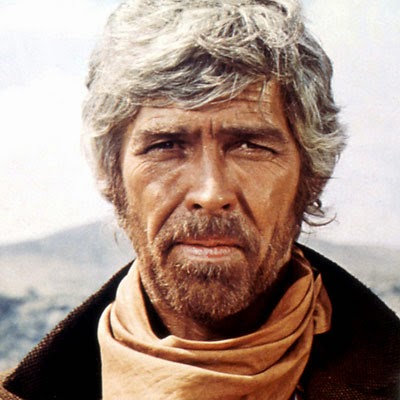 First presented in 1961, the National Cowboy & Western Heritage Museum Western Heritage Awards were established to honor and encourage the legacy of those whose works in literature, music, film, and television reflect the significant stories of the American West. The awards program also recognizes inductees into the prestigious Hall of Great Westerners and the Hall of Great Western Performers as well as the recipient of the Chester A. Reynolds Memorial Award, named in honor of the Museum’s founder. Each honoree receives a Wrangler, an impressive bronze sculpture of a cowboy on horseback.

This year the Hall honors James Coburn (1928-2002). Coburn appeared in several minor Westerns before being cast as the knife-throwing, quick-shooting Britt in the John Sturges mega-hit "The Magnificent Seven" (1960). He appeared in two Euro-westerns: Duck You Sucker (1971), and Massacre at Fort Holman (1972)