The content of "The Dirty Black Bag" on which you play the story of the web series signed by Mauro Aragoni now collects happiness ogliastrino the director and all the cast of a film capable of conquering America. It will not be the great productions of Hollywood today, but it is likely that tomorrow because the cinema of the future goes according to many observers from there.

The project all Sardinian point to revive the genre of spaghetti westerns scoops the LA Web Fest, taking home six awards on eight nominations with which it appeared at the Hilton Universal City Hotel, venue of the ceremony of the important event dedicated the best world production of web series. A new reality that is becoming more way for the reduction of costs for route distribution through the network, to the opportunities for experimentation that gives authors.

The idea westerns Aragoni enjoyed the Americans in California and geographically represented the extreme far west. "That Dirty Black Bag" is the English title of "The Dirty black bag", has allowed so the director to Tortoli to win for Best Screenplay (signed with Roberto Comida), for installation, sound and photography (in collaboration with Emilio Canu).

I did not expect this result - tells Aragoni directly from the United States - The Americans have been fantastic, have welcomed our series. It was unique and gave us also the opportunity to turn new outtakes of the western deserts and in the true west of America, who will enter the scene when the film will also be distributed on DVD and BluRay. I thank my family and all the artists and technicians who have worked on this project and it could not come to the United States. "

For those who have not seen it yet, just look on YouTube, where it was published in serial form in the channel last summer BloodFilm Aragoni. "Borderland", "Prisoner", "Red Bill", "Money question" are the titles of the four episodes in which it was divided the film, set in the late nineteenth century, that a part homage to Sergio Leone (the whose style is recognizable in many shots), the other adds a component pulp-horror present in other projects Mauro Aragoni.

The protagonist is a ruthless bounty hunter played by Maurizio Pulido. "It's a unique experience and unforgettable be named the best actor in Hollywood - tells the interpreter Alghero - We are all still in disbelief of the success he has had this series and have been the Americans to recognize the merit of our work. America is truly the land where dreams can come true. I dedicate this award to my family and all those people who have always supported me. And I thank myself for always believing in what I do. "

The story involving his character is the background the beautiful landscape of Sardinia, with the filming made especially in Ogliastra. Besides, in the western setting becomes co-star. As in many films, Death Valley in California that Aragoni and companions have not missed the opportunity to visit their American trip. 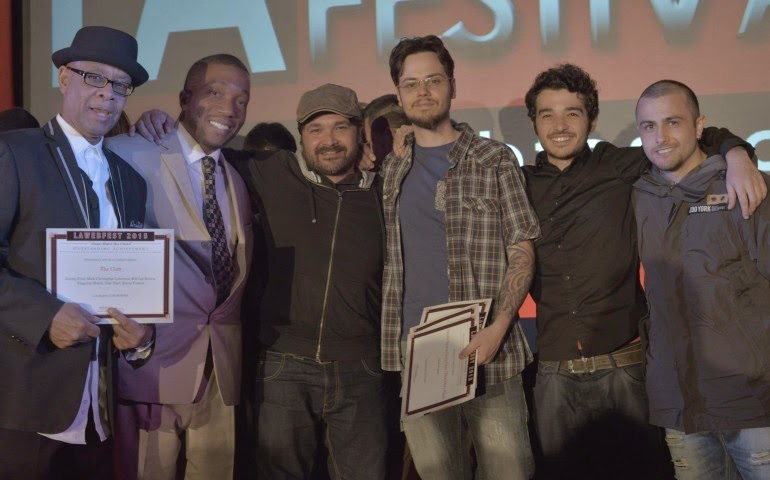