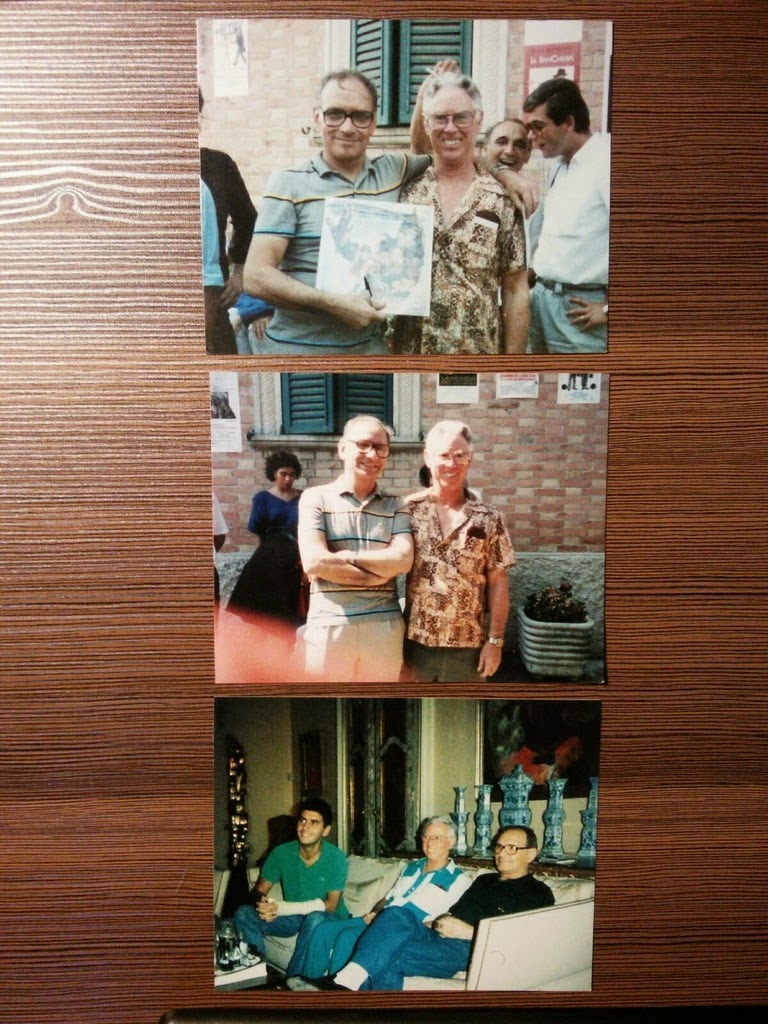 Longtime Morricone and film music fan and collector Don Trunick passed away the week of March 9th at age 90.

Don was a huge Ennio Morricone fan and as a pilot for United Airlines [1951-1984] during layovers, he would scour record stores in the 1960s and 1970s for anything Morricone and trade them with other collectors. When visiting him many times, we’d go into his record room and he’d pull out a dozen or two LPs of “Once Upon a Time in the West” from China, Mexico, Japan, Germany, France, Italy, South Africa and various other countries where it was issued. As a neophyte collector of any music from Spaghetti westerns, Don would make cassette copies of his collection and send them to me. He was a mentor to many of us soundtrack collectors during the 1960s and ‘70s opening our ears to music we had never heard before or names of composers we had only heard mention of but never actually heard any of the their music.

His knowledge of Morricone, John Barry and Spaghetti westerns was legendary. He often wrote articles on the scores for Westerns… All’Italiana! fanzine and other magazines and was even interviewed once on a local San Diego radio station about Ennio. His collection began in the mid-1960s with a copy of Malamondo and continued until he was forced to move to a retirement home a dozen years or so ago. He unloaded his vast collection of LPs, 45s, CDs, videos and DVDs.

Don was one of the friendliest and most knowledgeable collectors and men I have ever known. Many of us owe him a debt of gratitude for getting us into a hobby most of us still enjoy and for bringing many of us together as friends. Don was able to meet Ennio at a party in Rome in 1985 and his longtime dream finally came true. I was with him when we both met Ennio at a dinner put on by the Society for the Preservation of Film Music in Glendale in 1994.