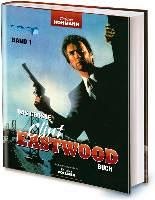 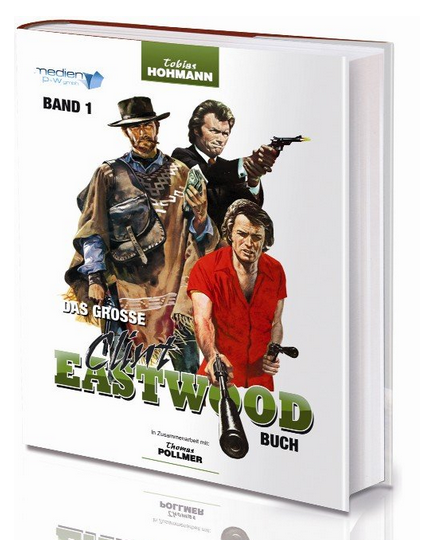 In his comprehensive nearly six decades career Eastwood was not only an actor in films such as "Dirty Harry" or "A Fistful of Dollars", but also became one of the most respected filmmakers in Hollywood, with gems like "Unforgiven" and "Million Dollar Baby".

The mammoth project is so extensive that it had to be divided into two books, which was released  March 24th. Here is everything Volume 1 from 1930-1979 - include and be similar in structure to the Stallone- or Norris-book - that is, until "Escape from Alcatraz": Focusing on the films, biographical elements, are naturally incorporated. The second book will then include everything from 1980 to 2015.

Here are two sample pages to the ambitious and exciting film book project: 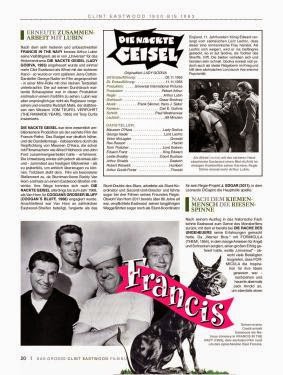 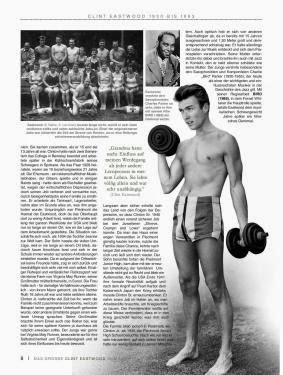 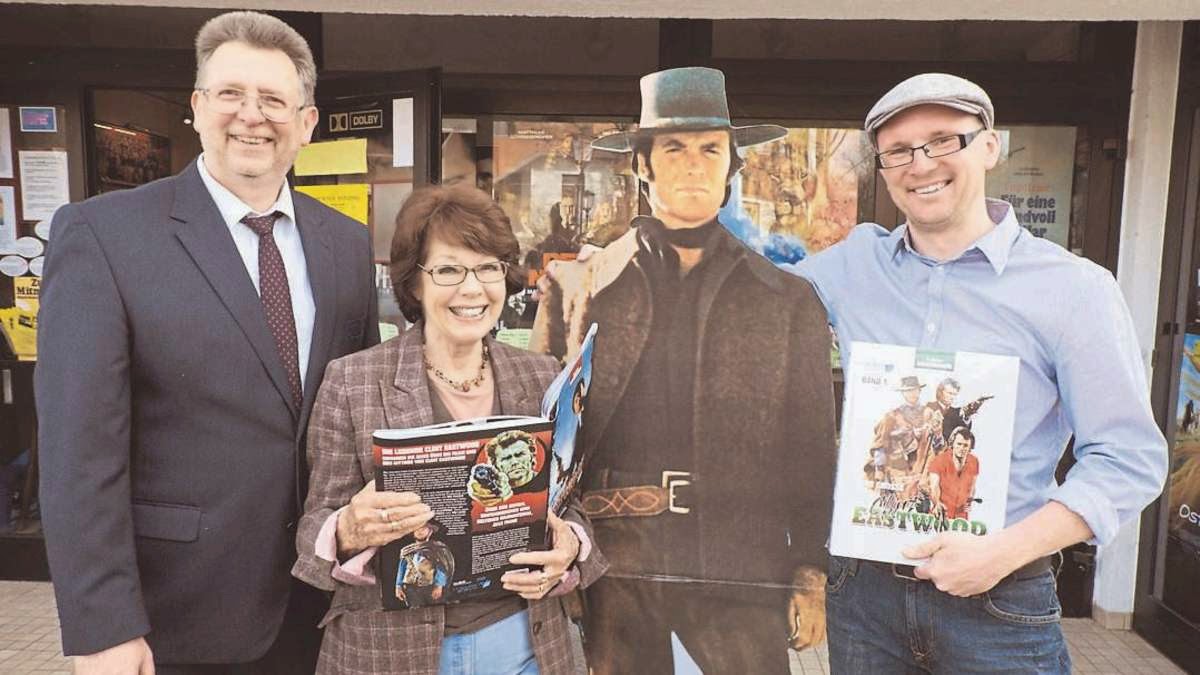 Michael Teubig, Dr. Marianne Koch and Autor Tobias Hohmann celebrate the release of Volumes 1 & 2 of  the Clint Eastwood biographies.
Posted by Tom B. at 5:42 AM