Who Are Those Guys? - Curt Bortel 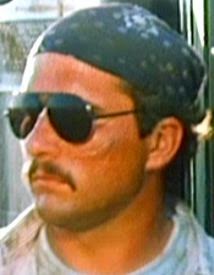 Curtis Mark Bortel was born in 1963. He’s been seen in only two films as an actor: the modern day Euro-western “Renegade” (1987) as a trucker and “Back to Back” in 1989. As a stuntman he appeared in “Rage of Honor” and “Raising Arizona” both 1989. Curt also performed special effects for the modern day Euro-western “Thunder Warrior” (1987). Apparently after two years of working in the film industry Curt found another line of work and we’ve not heard from him since.