Who Are Those Guys? - Valent Borovic 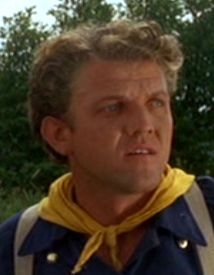 Valent Borovic was born in Ludbreg, Croatia on February 10, 1938. Borovic was a stuntman, stunt coordinator and second unit director during the 1960s. He appeared in his first two films during his military service in the years 1958-1960. In 1960 he moved to Zagreb and began working at Dubrava Film Production Company. In 1963, when the “Winnetou” films crossed the Adriatic, and were filmed in Croatia he was used seen extensively until 1970. Currently he works for Croatian television, where he works under director and friend Joakim Marušić. Borovic appeared in all the productions of which Jadran Film was involved. During the filming of “Der Schut” in Solin near Split he met his wife Janka, when her parents accommodated several members of the film crew. Their only son Željko has lived with his family for the past twenty years in Sydney, Australia. Today, Borović after sustaining a severe illness is partially paralyzed and confined to a wheelchair and is completely dependent on the care of his wife and son.