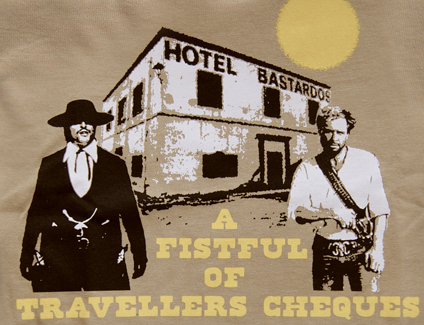 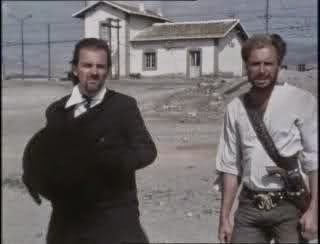 Two students, Carlos and Miguel, arrive in Spain dressed as gunslingers to live out their dream of being in a Spaghetti western. At a cafe in a remote town they meet two Australian girls who have picked up a scruffy hitchhiker and a would-be rapist dressed as a matador. A fight breaks out but Carlos and Miguel miss out on the action, until the police arrive for a traditional shoot-out.

The pastiches are terrific, with unforgettable one-liners and homages to the classic westerns we all know. Rik Mayall and Peter Richardson are absolutely brilliant as the two leads, with Adrian Edmondson turning in a hilarious performance as Billy Balfour 'The Man with No Name'. This was one of the very few episodes which Rik Mayall co-wrote, and there are definite bits or lines that just scream out 'Rik wrote this Bit!', and with Peter Richardson and Pete Richens also contributing, there are plenty of typical ‘Comic Strip’ style jokes. This is one episode that you should definitely see, you most certainly won't regret this half hour of pure genius.