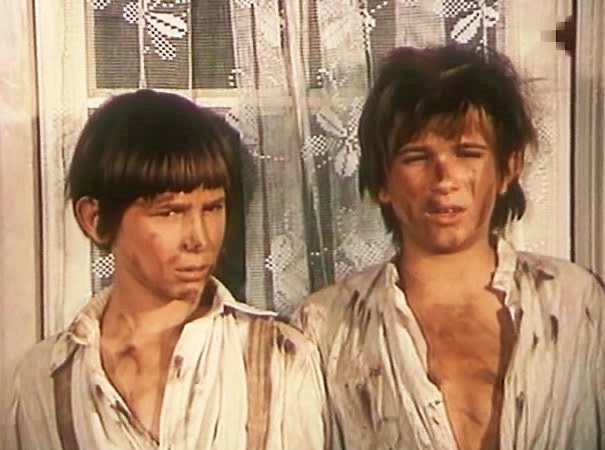 The town of Hannibal, Missouri on the Mississippi River was in a state of excitement and fear after a murder has been committed by Injun Joe, whom everyone hated, but feared. Dr. Potter had been accused of the murder and he faced the death penalty. When Tom Sawyer testified in court and exposed the true killer and Potter was acquitted. He becomes the hero of the day and soon he and Becky Thatcher Finn manage to track down the bandit Windy and who has stolen Injun Joe’s treasure. They find the treasure while lost inside a deep system of caverns. The treasure is returned to the townspeople and Injun Joe meets his fate when his partners in crime come for their share.

This is the second part of a Romanian TV mini-series ‘The Adventures of Tom Sawyer’ which was shown in 11 episodes total. Some of the episodes were combined and edited and released as films in Romania.