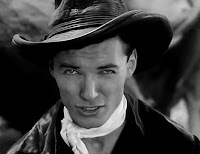 Czechoslovakian pop singer Karel Gott, who became a star behind the Iron Curtain, has died. He was 80. Gott died late Tuesday Ocotber 1, 2019 at his home in Prague after battling a long illness, his wife Ivana said in a statement. Gott recently announced he had acute leukemia. Gott released some 300 albums starting in the 1960s and sold tens of millions of copies in his country, the Soviet Union and elsewhere in the Communist world. But he was also a rare example of a pop singer from Eastern Europe whose music became popular in some Western European countries, especially in West Germany. "The golden voice from Prague" as Gott was called in that country, had one of the biggest hits there with "Maya the Bee" ("Die Biene Maja" in German), the title song from a 1970s cartoon television series. Gott appeared or was heard in three Euro-weterns:  Karel Gott: Zdvorilý Woody (TV) - 1963 (Woody); Revue pro banjo – 1963 where he also sings duet “Nestálá láska (Careless Love)”; Lemonade Joe – 1964 sings: “Oh Ye Gods, What a Dime Drink”.
Posted by Tom B. at 8:56 AM