When Clint Eastwood killed outlaws in the mountains of Madrid

A book recovers the forgotten history of ‘spaghetti western’ and reveals that more movies from the West were shot in the Community of Madrid than in Almería
El Pais
Miguel Angel Medina
September 21, 2019

[Clint Eastwood in a scene from “A Fistful of Dollars', shot in Hoyo de Manzanares (Madrid).]

An unnamed man arrives in San Miguel, a border town in the American West where he is shot at. His horse runs away while he grabs a sign and then drops to the ground and enters the building.

- “No one comes to play anymore. Here we spend the time between funerals and funerals,” the owner of the salon says to his guest.

- “There are only widows here. You are only respected if you kill another. That's why nobody works anymore,” adds the innkeeper.

However, the undertaker is busy full time and can take the measurements of a future customer with just a glance. In the following image, an army convoy crosses the Rio Grande, which separates the US from Mexico, and suffers an ambush and is massacred. No one is safe in the wild West. 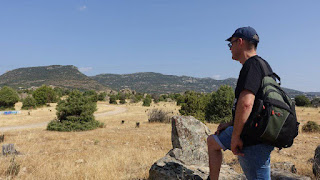 [The writer Javier Ramos, in the place where the town of Hoyo de Manzanares once stood.]

This is the start of “A Fistful of Dollars and that West, nobody would say, is Madrid. That film by the Italian Sergio Leone launched to fame the hitherto unknown Clint Eastwood and supposed the final boost to the spaghetti western, a genre that drinks from the films of the Western United States but filmed in Europe. Many believe that these films were shot in Almeria, but few know that Madrid was a much more common set: 200 films from the West were shot in the region, to 156 in the Almeria desert. 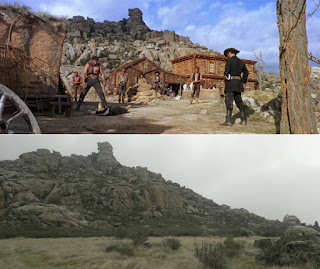 [Above, frame of “The Big Gundown”, filmed in La Pedriza; below, the same place today.]

In “A Fistful of Dollars, the border town that Eastwood reaches is Golden City, the first town in the West erected outside the United States; It was located near Hoyo de Manzanares. Although it served as the setting for many other films, today there is nothing left of all that, except for two watering troughs and an information panel. The river the stagecoach crosses is the Madrid Alberche, while some interiors are shot in several enclosures of the Casa de Campo. 90% of the film was made in Madrid and only 10% in Almeria. To complete his mythical Dollar Trilogy, Leone would film “For a Few Dollars More” (1965) in Hoyo de Manzanares and “The Good, the Bad and the Ugly (1966), where we can see Eastwood in La Pedriza, in the heart of the Madrid mountains, and in the town of Lega- Michelena, along with Colmenar Viejo, of which only a few foundations and an information panel remain.

“The Community of Madrid was very important in this phenomenon, because here the first Sergio Leone film was filmed with which the boom of this type of film began,” explains Javier Ramos, who has just published The Western Cinema in the Community de Madrid (La Librería), a book that reviews this forgotten cinematographic past. A Western fan since childhood, Ramos got hooked on the Dollar Trilogy and discovered that many of the scenarios were from Madrid. Thus he began to investigate and to trace a story about this prolific phenomenon that has now become a book. In his search he relied on another lover of this genre, Ángel Caldito, co-author of the book, who died during the publication process. 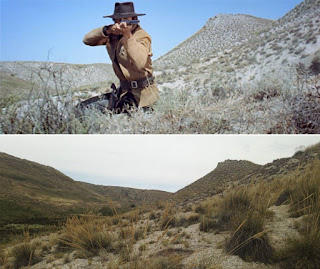 [Above, frame of 'The Man Who Screamed Revenge', Shot in Ciempozuelos; below, the same place today.]

For Ramos, "Madrid was the Hollywood of the West", since in the region about 200 films were shot in just 15 years, from 1962 to 1978. A third of the 600 western spaghetti filmed in those three years have a Madrid touch. “The region had better facilities than Almeria, here there were film studios, film companies, costumes, special effects, and it had very good communications with all of Europe, as well as a huge variety of landscapes, including rocky mountains such as La Pedriza, meadows in Colmenar Viejo, desert areas in Ciempozuelos, the Alberche river… ”, explains Ramos.

This 52-year-old from Madrid has compiled those 200 Western films, which include titles such as “The Man Who Screamed Revenge”, filmed in Ciempozuelos; “Light the Fuse... Sartana Is Coming”, shot in Colmenar Viejo; “Whisky and Ghosts”, set in the town of Daganzo (from which you can still see some walls); and the “Black Eagle of Santa Fe”, in La Pedriza. In this last scenario, a hundred Westerns were filmed, due to their similarity to the North American rocky landscape.

One of the references for Ramos is Valen García, author of an earlier book on the phenomenon, Guide to the Western Spaghetti (Innova, Image and Communication). "It is bold to say, but the spaghetti western was born in Madrid, because “A Fistful of Dollars”, seed of the subgenus, it was practically shot entirely in the region," says Valen Garcia, 49. “And here the first permanent western town, Golden City, was built. From this moment the western would change both stylistically and thematically,” he adds. 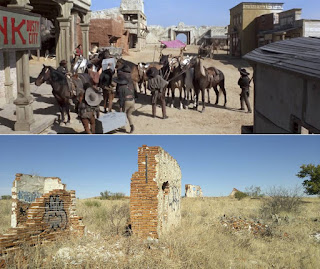 [Above, a scene from the movie 'Whisky and Ghosts', filmed in the town of Daganzo West; below, the only walls that currently resist in that place.

García, who signed his book under the pseudonym Ron B. Sobbert, explains that the most characteristic shooting areas of this cinema are the esplanade of Manzanares el Real next to La Pedriza, “which is possibly the area where more wésterns have been shot in Europe, including horseback riding, shootings, ranches ... ”, as well as the Navalvillar Meadow, in Colmenar Viejo. "The rivers, the Madrid reservoirs, as well as the municipalities of Ciempozuelos, Nuevo Baztán, Pelayos de la Presa and Algete, among many others, have also witnessed numerous shootings." 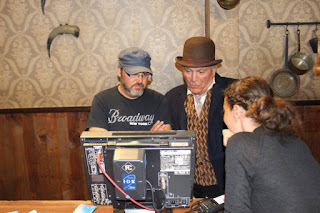 [Filming of 'Stop Over in Hell', by Víctor Matellano.]

Although most of the films of the genre were filmed more than 40 years ago, Madrid has once again served as the setting for this type of cinema only three years ago. Víctor Matellano, who fell in love with the western when he saw his father and grandfather work as extras on those first films, expressed in 2016 his vision in “Stop Over in Hell”. In addition to La Pedriza and Seseña, Matellano filmed in Colmenar Viejo, a town closely linked to this phenomenon that also has an association to remember this past: Colmenar Viejo Tierra de Cine. There is another similar one in Hoyo de Manzanares, Hoyo Cine. 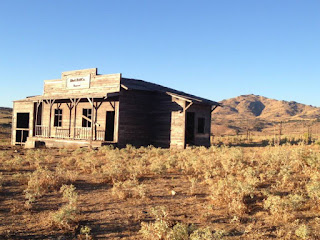 The director, who also coordinated the book Clint shoots!, Sergio Leone's Dollar Trilogy, criticizes the use of Western spaghetti, which emerged as a derogatory term, and bets on calling it Eurowestern. Matellano laments that few people remember the epic past of these Madrid stages, while in Almeria they opted to preserve the town of Western Tabernas and today it is a first-rate tourist attraction. “Cinema people do not build the scenery as something for a tourist, but as something that is assembled and disassembled. It is a pity that almost nothing is left to this day. ” Despite this, there are still those who dream of seeing Clint Eastwood killing outlaws in La Pedriza.