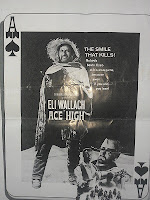 Denis Savignat was born on May 3, 1937 in Vanves, Paris, Île-de-France, France. He was a resident of the Comédie-Française from 1960 to 1966. He also dubbed Clint Eastwood and George Peppard in some of their films and played with Michèle Mercier in “Soleil Noir” in 1966. He also appeared in “C'est bon pour la santé” in 1975.

He took part in many serials and dramas including “Mademoiselle de la Ferté, Rencontre sur commande”, “L'Homme de Londres”, “Le Cardinal d'Espagne”, by Georges Bizet, “La Rencontre”, etc. It was however the feuilleton “Châteauvallon” in 1985 that will make him equal alongside Chantal Nobel and Jean Davy, as one of the first great comedians to dub.

He died of cancer on October 5, 1998 at Ambroise-Paré Hospital in Boulogne-Billancourt.