American actor Robert Woods had a difficult time with Italian producers who constantly billed him as Robert Wood instead of his real name of Woods. When he returned to the U.S. in the late 1970s he had another battle on his hand with SAG (Screen Actors Guild). Robert was a member of the guild before moving to Italy in the early 1960s because he had already acted in a number of U.S.A. produced films such as “Where The Boys Are” (1960) and “Battle of the Bulge” (1965). Upon his return to the States he found another actor named Robert Woods who had been a regular on the 1960s TV series “The Waltons” as Dr. David Spencer, “Days of Our Lives” from 1986-1987 as Paul Stewart so he fought to re-establish his name and the other Robert Woods billed himself as Robert S. Woods. 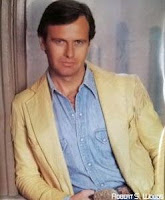