Who Are Those Guys? ~ Robin Clarke 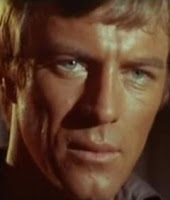 Robin Brent Clarke was born in Miami, Florida on June 27, 1942. Little if anything has been published about his early life and background. I do know he was the boyfriend of actress Ali MacGraw when he was recommended to Mario Lanfranchi who signed him to play Cash/Django for his  Euro-western “Sentenza di morte” (Death Sentence) in 1967. This is his first credited film that I can find. He and Ali flew to the set and their relationship was tumultuous to say the least. Lanfranchi felt that the presence on set of MacGraw was proving an intrusion, so he had her fly back home to New York unbeknownst to Clarke. The actor's subsequent fury at this affront came through in his performance, thus effectively achieving just what the director wanted for the character!

Clarke’s career has consisted of over 25 films and TV appearances with the most remembered playing Ed Haynes on TV’s ‘Dallas’ in 1978. Robin has also made guest appearances on such TV shows as’ Police Woman’, ‘The Six Million Dollar Man’, ‘Hart to Hart’, the short-lived NBC-TV series ‘Mr’s. Columbo’ as well as ‘Columbo’. He has also made noted appearances in the films ‘The Formula’ (1980), ‘Horror Planet’ (1981), ‘Boxoffice’ (1982), ‘White Wolves III: Cry of the White Wolf’ (2000). Among these he might be best remembered in the role of John Cassidy (ala Bobby Kennedy) in 1978’s “The Greek Tycoon” starring Anthony Quinn, Jacqueline Bisset and Raf Vallone.