A new "Winnetou" movie is coming

The invented by Karl May Apache chief Winnetou advanced only in numerous books and then in many films to cult heroes. Now he returns to the cinema with "The Young Chief Winnetou" - as a child!

According to the FFF Bayern communication, the focus of the family adventure film is Winnetou at only twelve years old, he is convinced that he is already a great warrior and can follow in the footsteps of his father, the chief Intschu-Tschuna. But he believes that his young son still has a lot to learn. The young Winnetou so craves a chance to prove to the father and the opens up when suddenly the buffalo fail. Because that threatens the whole Apache people. Together with the orphan Tom, Winnetou sets out to fathom the lack of buffaloes and thus to save his people. A dangerous adventure begins.

The latest Winnetou film will begin filming at Paklenica National Park in Starigrad in early September 2020. Directed by Mike Marzuk with Ivica Zdravkovic in the starting role, Winnetou films have been the most-watched in Germany for years - and they've no doubt done their part in promoting Croatia.

Dietrich arrived in the company of the main actor Ivica Zdravkovic and was welcomed by the Vicko owner Zoran Katic, the director of the Starigrad Tourist Board Marjana Marasovic, the owner of the Rajna tourist agency Marin Marasovic and the director of Paklenica National Park Natalija Andacic.

The tourism leaders of the old town welcomed their guests from Germany, aware of the immense promotional value of  Winnetou - a wildly famous and fictional Native American hero in the German novels written by Karl May.

The popularity of Winnetou in Germany is evidenced by the fact that there are theme parks in the country, like Pullman City, in the heart of Bavaria. 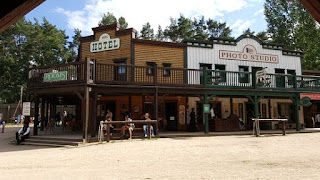 “Pullman City is a real cowboy city with all the elements. So far, more than one million euros have been invested in it, and our plan is to continue expanding, enriching our program, extending our show, which will last an hour and a half next year, and will be announced, among other things, by a promotional video which we will record here,” Zdravkovic said in Starigrad, who is originally from Prokuplje.

The group toured some of the locations of the future film set, which attracted the attention primarily of German tourists who found themselves at the entrance of the Paklenica National Park at the right time.

What makes this area so unique for Winnetou films?

“It is a combination of your incredible nature, the harmony of the blue sky and the white rocks that do not need film filters. And when we add to that the base - the romantic, inspirational lyrics of author Karl May, it's clear why our chief is so popular,” Dietrich summarized.

“The first film was shot in Paklenica in 1962, but after that film, seven other films were made in Croatia, out of a total of 11 films made so far,” emphasized Katic.

Winnetou has attracted several tourists to Starigrad, a Winnetou convention was held, and anyone interested can find marked movie locations in the area. A Winnetou study tour has even been offered.

“Winnetou is a powerful promotional tool that we are very aware of here,” Marasovic emphasized.

Katic agreed, who joined the project with colleagues from the Association of Small and Family Hotels, who also recognized their interest in the story of the Apache tribe.

According to him, the Winnetou project has a lot of tourism potential because there is no German who has not heard of the character.

“I am happy to have the opportunity to be Winnetou, that I am here in Starigrad, in the national park where the scenes are filmed, where I first saw the sea, and that I am part of a project that means a lot to me. My heart is full,” Zdravkovic concluded. 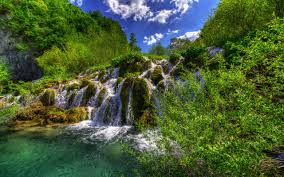