Who Are Those Composers ~ Elvio Monti 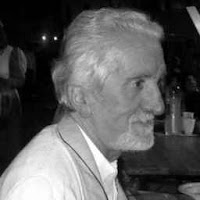 Elvio Monti was born in Genoa, Italy on April 10, 1934. He is an Italian composer, arranger and orchestra director. He began working as a musician, after studying at the Conservatory, becoming the accompanying of pianist Claudio Villa. In 1962 he found success as a composer, writing the music for Michele Lacerenza with ‘Fontane d'Italia’. He then collaborated with Fabrizio De André during the early part of his career, as an arranger and conductor of the record Karim, and has also wrote the music of some songs ("Per i tuoi larghi occhi" and "La città vecchia"). During this period he was also an arranger for the Ariel label, for which he was the artistic director for Piero Ciampi; and on the text Ciampi Elvio Monti wrote the music for “Nato in settembre”, released on 45 rpm record in 1964 sung by the actress Georgia Moll. With the singer Livorno he created a friendly relationship, and the two worked together several times. He also worked with Sibyl Monti and did orchestrations for other artists, such as Mino De Marzi. In 1966 he collaborated with Franca Evangelisti, writing the music for “Il nido e Eppure è facile” the” under the pseudonym of Evy Angeli. In 1968 he composed the music of “L'estasi” (the words by Armando Stula), for Andrea Giordana and the Ligurian actress Marisa Solinas. In 1971 he wrote the music for the cartoon Leoniglio designed by Sergio Minutes and broadcast by RAI; also in the same year, with Gina Lollobrigida carefully arranging two songs released on 45s “Nel mio orto” and “Prendimi tu”. In the seventies Elvio Monti collaborated with Squalor, also writing some music together with Toto Savio and arranging albums”Vacca” in 1977 and “Cappelle” in 1978. Monti also arranged two albums for folk singer Alvaro Amici: “Roma de mi madre” and “Roma canta” published by Fonit-Cetra.

Monti has composed several soundtracks for film including co-composing one Euro-western “Alleluia and Sartana, Sons of God (1972) with Franco Zauli. In the eighties he became involved in rearrangements of sacred and liturgical melodies to the Pauline Editions, but dis not abandon pop music, and in recent years he has worked as an arranger with the singer Jenny B.