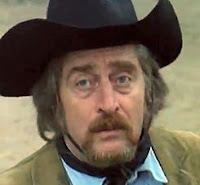 Italian director, writer and actor and voice dubber Carlo Croccolo died in his home town of Naples, Campania, Italy on October 12, 2019. He was 92 years-old. Croccolo started his career in the 1949 comedy film “I pompieri di Viggiù” sppearing with the great Italian comedian Totò. He would then go on to appear in over a hundred films. He won a David di Donatello in 1989 for his interpretation of “'O re”, the historical film by Luigi Magni. He was known to Euro-western fans under the pseudonym Lucky Moore as he directed, wrote and acted in three westerns: “The Sheriff was a Lady” (1964) as Sheriff Mickey Stanton; “Black Killer” (1971) as Deputy Fred which he also directed as Lucky Moore; “Gunman of 100 Crosses” (1971) as Slim which he also directed as Lucky Moore, and wrote the screenplay.