Voices of the Spaghetti Western ~ “The White, the Yellow, the Black” 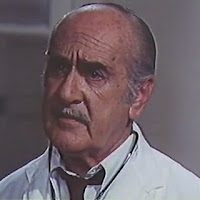 Costa Rica born Alfonso Manuel Santigosa Serra (1/25/1917) was a classic of the Spanish dubbing the son of Manuel Santigosa and father of voice actors Nellie and Alfonso Santigosa, he made his triumphant entry into the world of Basque dubbing through a company located in Galdácano K2000 in May of 1987. With it came a lot of hours to double for the extinct Channel 10. He began his career in the 1940s at the aforementioned company, Santigosa, which at the time had an age requirement and more than that provided, took a course (mandatory for certain actors hired in June 1987) on adjustment and adaptation of texts, which was truly interesting despite the fact that the guests lost two weeks of their summer holidays in the effort. In that year, the holidays took place in the previously mentioned month.

Subsequently, Santigosa doubled and directed several of the films for the famous channel and when he cracked into the Spanish dubbing he disappeared and he was never seen again.

Santigosa had a special and somewhat outdated way of contemplating dubbing and their ways of leading in a room of veterans did not go over much with the idiosyncrasy of Basque, Madrid and Galician novel actors who swarmed around Euskadi at the time. But without a doubt, Alfonso left his mark and left no one indifferent to cross him.