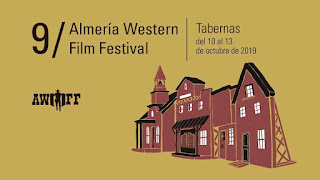 The western is still very alive in the Tabernas desert. The ninth edition of the Almeria Western Film Festival, which will be held from October 10 to 13, will have two major premieres: its new director, the cultural manager Euardo Trías, and five feature films of its official section that will celebrate its European premiere at the Almeria festival. 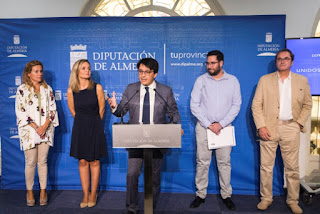 In addition, the Festival has the Special Panorama Section, out of competition, with two premieres nationwide and is complemented by the Retrospective Section, presentations of literary works, concerts, exhibitions and other recreational activities for all types of audiences, all of character Free and with free admission until full capacity is reached.

The western, a genre with health

Among the official section films are productions shot in Almeria such as “The Sisters Brothers” (Jacques Audiard), which had an important impact on the Venice Film Festival last year or Spanish films set in the postwar period as “Deaf” (Alfonso Cortés-Cavanillas).

The Jury of the Official Section of Western Feature Films is made up of actress Cuca Escribano; producer, director and screenwriter Gonzalo Bendala; the director Emanuele Gerosa; and the cultural director and filmmaker Rafael Maluenda.

The director of the festival, Eduardo Trías, explained that “in the selection we have made in its different sections, we can see the strength of the genre that, far from being unequal, is constantly developing and enriching itself, showing remarkable health today. The traditional western, refined in staging and narrative twists, without losing its icons and characteristic features, adapts to the current and Western movies, that subgenre that opens a universe of possibilities, whether temporary or spatial”.

The actor George Hilton, the director Alex Cox, the producer Fresco Film Services and the head of Almeria locations Joaquín 'Tate' Fernández are the honorees of this edition. The 'Tabernas Desert Award' will be awarded to the producer Fresco Film Services for its contribution to the dissemination of the desert environment as a cinematographic icon.

“It is one of the most relevant producers nationwide having collaborated in many projects shot in Almería and in Tabernas such as “Terminator 6” (2019), “Game of Thrones” ( 2016) and “Éxodus” (2014), as well as a multitude of spots and other productions audiovisuals ”, explained the mayor of Tabernas, José Díaz. 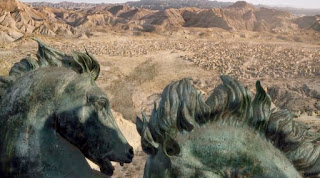 The ASFAAN Prize (Association of Audiovisual Festivals of Andalusia) will be awarded to Almeria locator Joaquín 'Tate' Fernández. “He has a long career as a location manager. He is a good connoisseur of the corners of this province, with an open and close personality that has led him to develop assistance and production management jobs,”said Díaz.

The deputy of Culture and Cinema, Manuel Guzmán, has revealed the importance of the festival today and that it meets “four basic objectives as it highlights the cinematographic legacy of the province and of Tabernas, making known the evolution of this genre, create a playful and intercultural event and promote, as it cannot be otherwise, the province as a filming destination”.

AWFF link: http://www.almeriawesternfilmfestival.es/en/home/
Posted by Tom B. at 6:17 AM