Who Are Those Guys ~ Oliver Clark 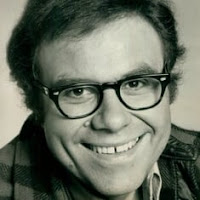 Oliver Clark was born Richard Mardirosian in Buffalo, New York, the son of Afro (née Karahos) and Matthew Mardirosian. His brother, Tom Mardirosian, is also an actor. Clark made numerous appearances in film and television, particularly in the 1970s (notably as Mr. Farcus in the 1970 movie ‘The Landlord’, as Mr. Small in the 1971 film “They Might Be Giants”, and in the 1975 remake of “A Star Is Born”). Two of his best-known TV characters were John Doe #6 on the NBC drama ‘St. Elsewhere’, a likeable and humorous psychiatric patient, and Mr. Herd, a patient of psychologist Bob Hartley on ‘The Bob Newhart Show’, a long-running CBS situation comedy. He played Mr. Belding in the original pilot of the series ‘Good Morning Miss Bliss’ but was subsequently replaced by Dennis Haskins. Clark also played Roger Barton on an episode of ‘The Golden Girls’, and played Joe Carruthers, the man who later becomes Santa Claus, in the holiday comedy film “Ernest Saves Christmas”. He portrayed his Santa role again in the 1996 animated Christmas in “Cartoontown”. Clark also appeared on two episodes of ‘M*A*S*H’.