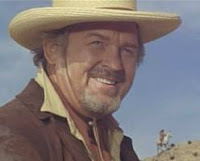 Walter Lee Barnes was born January 26, 1918 in Parkersburg, West Virginia. Barnes earned his nickname "Piggy" from stealing a piglet when a boy. Playing football at Parkersburg High School, he was on the unbeaten 1938 team and played in the 1939 North-South Game. Following military service in World War II as a U.S. Army Sergeant he enrolled in Louisiana State University where he became not only a football player but a college weightlifting champion. Following graduation he joined the Philadelphia Eagle football team as a guard where he became an All-Pro, before retiring and becoming a coach at Columbia University and Arizona State University. He was inducted into the Coaches' Association Hall of Fame in June 2010.

Barnes entered acting with appearances on a local Philadelphia TV show called “Action in the Afternnon” on WCAU television. His contacts with Walt Silver, a producer for Warner Bros. Television lead to several appearances on 1950 television and films. Some of his more notable appearances included ‘Bronco’, ‘Gunsmoke’, ‘Cheyenne’, ‘Bonanza’, ‘Have Gun-Will Travel’ and ‘Death Valley Days’. John Wayne got him a small role as Charlie the Bartender in “Rio Bravo” (1959).

Tiring of small roles and seeing opportunities overseas, Barnes was one of the many American actors who moved to Italy in the early 1960s. Kirk Douglas recommended him for a role in his The Vikings television spinoff ‘Tales of the Vikings’ that was filmed for Douglas' production company in Germany. From 1960 to 1969, he was active in first Pirate movies, then Karl May movies and Spaghetti Westerns. His popularity in Germany would lead him to receive top billing when his films played there. Walter appeared in twelve Euro-westerns including “Apache Gold” (1963), “Frontier Hellcat” (1964), “The Big Gundown” (1966), “Clint the Stranger”, “Garter Colt” (both 1967), “The Moment to Kill” (1967) and “Another Man, Another Chance” (1977).

Barnes returned to the United States in 1969 and appeared in more films and television series, which included ‘The High Chaparral’. His friendship with Clint Eastwood on Rawhide later lead to several roles in Eastwood's films. He retired from acting in 1987 and died from Diabetes on September 6, 1998.actor Michael Barnes. Walter was married to actress Britta Barnes and is the father of actress Lara Wendel and  Today we remember Walter Barnes on what would have been his 95th birthday.