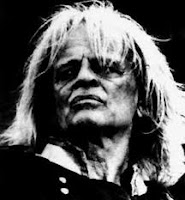 Pola Kinski says sex abuse started when she was just five: He turned me into a 'little sex object, bedded on a silk cushion'

German actor Klaus Kinski is being posthumously cast in the role of villain by his own daughter.

In a shocking interview with the German magazine, Stern, Kinski's oldest daughter, Pola, reveals that her father repeatedly raped her over a period of 14 years - starting when she was just five years old.

"He ignored everything, including that I tried to defend myself and said 'I don't want to,' Pola Kinski says in the interview which hits newsstands on Thursday, according to Germany's The Local newspaper. "He didn't care. He just took what he wanted."

Now 60, she claims that her father would often rape her and then assuage his guilt by plying her with expensive gifts after she moved out of the home of her mother, singer Gislinde Kuhlbeck, Kinski's first wife, shortly after their divorce in 1955. "[He turned me into] his little sex object, bedded on a silk cushion," she told the magazine.

Klaus Kinski, who passed away in 1991 at the age of 65, is best known on this side of the Atlantic for the memorable turns in 1965's "Doctor Zhivago" and "For a Few Dollars More" as well as several roles in fellow German Werner Herzog's movies. Kinski's volatile physical outbursts on Herzog's set were chronicled in the 1999 documentary, "My Best Fiend - Klaus Kinski."

"When I saw him in films, I always thought that he was exactly like that at home," Pola Kinski told Stern. "He really abused everyone."

Herself a famous actress and half-sister of Nastassja Kinski, Pola is speaking out as her autobiography, "Kindermund" is set to be released - publication of which she says was motivated by the canonization of her father in the movie industry.

"I couldn't take it anymore: 'Your father! Great! Genius! I always liked him!'," she told the magazine. "The idolization has gotten worse and worse since he died."