On the eve of the Academy Awards® the weeklong Festival is back with previews, performances, awards, and lectures that promote the best of new Italian cinema as well as fashion, music and entertainment.

The program is the 8th edition of the festival:

1 - a tribute to Sergio Leone with the screening of two of his most important films, Once upon a time in America (in the restored version presented at  the 2012 Cannes Film Festival) and Duck, You Sucker! (in the version restored by the Cineteca di Bologna);
2 - the exhibit  "Tribute to the myth of Sergio Leone" at the Chinese Theatre curated by three times Oscar® winning production designer Dante Ferretti and set decorator Francesca Lo Schiavo;
3 - the photographic exhibit 'Etoile - Eleonora Abbagnato" by Massimo Gatti al the Chinese Theater
4 - an homage to art of Emilia, the Italian area recently devasted by an earthquake, with the participation of professor Valerio Massimo Manfredi at the Hollywood Chamber of Commerce and at the University of Southern California;
5 - a concert by rocker Edoardo Bennato accompanied by a string quartet 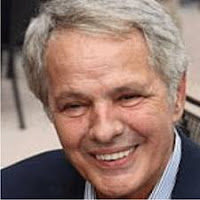 The Fest will also include conferences at the University of Southern California and will present a selection of first and second movies from young Italian filmmakers.

February 17 Spaghetti western icon Giuliano Gemma is to be honored at the Chinese 6 Theatre at 10:30 p.m. Vera Gemma will debut her documentary that she directed on her father.
Posted by Tom B. at 6:46 AM