Who Are Those Guys? - Raomain Berger 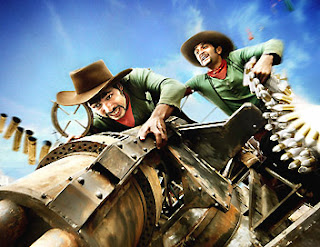 Romain Berger, pictured above on the right, is a screenwriter and TV actor who appeared regularly as Virgil in the 2011 French TV series ‘Platane’. He’s appeared in seven films and TV appearances starting with his appearance as William Dalton in the 2004 Euro-western comedy “The Daltons”. Romain is a friend of comedian Eric Judor and often appears in Judor’s projects and TV shows. Berger also wrote a film short called “Momo Dub” (2006).