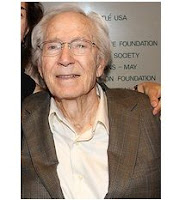 Gregory Walcott was born Bernard Mattox on January 13, 1928, in Wendell, North Carolina. He went into the Army just after the end of World War II. After leaving the service, he grew restless on the East Coast and, with $100 in his pocket, thumbed his way west to pursue an acting career. An agent who spotted him in a little theater play helped Walcott land his debut movie role in “Red Skies of Montana” (1952). Two years later, on the strength of his performance as a drill instructor in the Marine Corps movie “Battle Cry” (1955), he was placed under contract at Warner Brothers. He co-starred in another Marine Corps story, “The Outsider” (1961), which earned him a Universal contract and his own TV series, "87th Precinct" (1961-62) with Robert Lansing. Walcott has been seen in such famous films “Mister Roberts” (1955), “Plan 9 from Outer Space” (1959). Interestingly, in the 1970's he turned up in beefier roles in a string of Clint Eastwood films, usually getting on the wrong side of Eastwood. Walcott was an inept Western sheriff in “Joe Kidd” (1972), a naive used car salesman falling prey to Jeff Bridges sob story scam in “Thunderbolt and Lightfoot” (1974), a wannabe assassin nagging Eastwood in “The Eiger Sanction” (1975) and a pompous police officer on the receiving end of Eastwood's fast fists in “Every Which Way But Loose” (1978). Walcott then returned to TV with further guest appearances in “Dallas” (1978), "Dynasty" (1981), "Airwolf" (1984). Greg appeared in only one Euro-western “Man of the East” (1972) as Bull, a role turned down by Hill’s usual co-star Bud Spencer. Today we celebrate Gregory Walcott’s 85th birthday.